Your Boyfriend is From India? 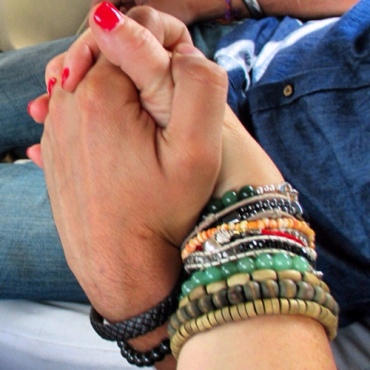 Falling in love with a man from India has been a roller coaster combination of many interesting conversations, arguments, passions and complexities.

I wouldn’t trade him for the world though, because he has brightened my disillusioned and tired mind.

My blog stats continuously show questions about masala couples (a mix between east and west) that I feel compelled to let you know… you are not alone.

There are many articles both for and against the Indian man, as if they are this alien subspecies to be poked and prodded by science. “Who are these men so inexperienced in the western dating world, with bright minds and a confused look on their face?”

There are articles about western women not being accepted into Indian families… “will he even marry me at all?”

I had no idea the Indian culture falsely sees western women as “easy“ and that marrying the love of my life would be so complicated.

Getting his Punjabi Sikh family to accept me used to seem insurmountable, and trying to convince some of my closed minded American friends that he is not after a green card has been entertaining… to say the least.

The reasons I fell in love with this man were very basic and simple; he loves me completely, and he is the most moral man I have ever known.

For a woman who has seen the worst side of men, my Indian boyfriend was a breath of fresh air.  He restored my faith in humanity by always putting our relationship first.

Indian men have been raised to think about marriage… and their priority is usually family above all else. With him, I feel as if I have stepped back in time to 1930, where thoughts regarding matrimony were less complicated and more chivalrous.

I have suddenly been submerged into this colorful and intriguing world I had never before imagined existed; I love the complex simplicity of it all.

…But, there are issues of course.

Now I have to be aware that Mercury being in retrograde could possibly put a small “rift” in my relationship for a few weeks. Things that I would never have thought of, seem to pop up out of the blue… such as making a journey to a certain temple on the Ganges to clear his Karma from the woes of his grandfathers.

…And did you know that Turmeric cures just about EVERYTHING?  Now I do… I know this well.

It’s an experience both of us find interesting, sometimes frustrating… yet always filled with humor, devotion and respect.

Reading the online message boards, candidly shows me the shock and horror of racism on both sides. I am shocked as to what I see from westerners… “we don’t date you because you are not white,” or simply “Indian men smell.”

The comments from Indians are just as crazy; although in contrast they are extremely long and well written.

The theories they tend have about western women are just as entertaining, “they don’t like us because we are I.T. nerds,” or wrongly they think “girls in America have loose morals.” The best though, “they are afraid of the rapes and honor killings they hear about in the media.”

I don’t think it is so much the honor killing as much as the internet being filled with western girls who have actually fallen in love with an Indian man only to have their hearts ripped out.

Some Indian men do tend to see western girls as “easy” and take advantage of that love… only to leave them for an arranged marriage back home in India.

The countless stories are absolutely unimaginable to a girl from the west; knowing that falling in love with an Indian guy may leave her heartbroken.

In India, everyone seems to accept your “one true love” may marry someone else one day; where the western woman could never understand that you did not have the balls to stand up to your family for her.

There is a major cultural difference in how one sees their status prior to marriage.

A western girl hears “I love you” from her boyfriend and automatically thinks long-term. But, in many Indian households, love only happens after marriage; there is no guarantee until it’s official.

Indian men sometimes like to throw the words “I love you” around easily… and quite fast.

Western girls NEED to understand this.

I consider myself one of the lucky ones, my Indian “boyfriend” plans on marrying me, contrary to what his society thinks. He is not awkward or nerdy; I think he is beautiful to look at, smells delicious and exudes a confidence that I adore. He takes me by the hand and lets me know that he will fight for me until the day he dies.

…AND much to the dismay of Indian mothers everywhere, I am not an “easy girl” who sleeps around, drinking at clubs till the wee hours of the morning.

Although there was a time when yes, dancing until dawn was fun… it does not mean that western girls are these “crazy sluts” Indian culture seems to think we are.

My Indian “boyfriend” doesn’t care about my past, he only sees our future together; knowing I am none of those things his society believes.

For the first time in my life, I can’t wait to get married. I’m going to marry the man who kisses my forehead and is not afraid to become my family.

I’m going to marry the most kind and gentle person I have ever met; the one who consistently resolves our issues like a man ready to take on the role of a husband; not a child who plays games.

My Indian fiancé came into my world like a prince who stole my heart and resuscitated my soul; because he is a good man who followed his heart and wasn’t afraid to stand up for me!

I wish the same for you.

Does he stand up to his family for you?  If not, PLEASE question the relationship. Masala relationships can be confusing, but it’s not hopeless as long as your boyfriend is willing to tell his family about you… and fight for you.

It’s typical to be kept secret from the family until it’s time for marriage, but is he willing to eventually deal with the pressure for you?

It’s not an easy road, but the family usually gives-in eventually. Ohhhhh, but they will threaten with all kinds of guilt ridden drama first.

I belong to large “support group” of women like us, and I’ve seen it all.

If he tells you from the beginning that his family will never accept you… believe him, that’s a HUGE red flag that he is not strong enough to stand up to them.

Has he shown signs his family is looking for a bride for him? Things like, going back to India and all of a sudden he is distant and busy? Couldn’t be found for days? His patterns and habits have changed completely from the sweet man you knew?

Feel free to contact me @BuddhafulBritt, countless women are put through hell because he won’t stand up to his family, culture and traditions.  I welcome all emails from those who are still confused.

We did it!!  See wedding pics and follow our story below:

Jersey Girl and the Sikh—> HERE

Open Letter to my Husband—> HERE

Culture Shock: The Good, The Bad and the Ugly —> HERE

Culture Shock: What to Expect?-–> HERE

A Journey to:  New Delhi—> HERE

A Journey to:  Jaipur India —> HERE

A Journey to: Dubai UAE —> HERE

Being Sikh in America—> HERE

A Path to Happiness—> HERE

Buddhaful Advise: As We Think, So We Become —> HERE 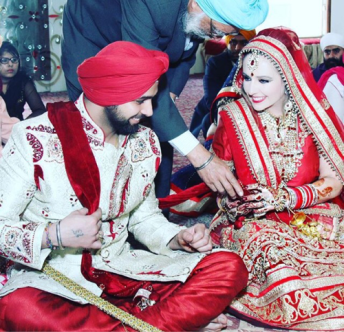 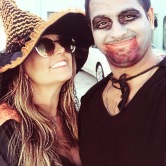 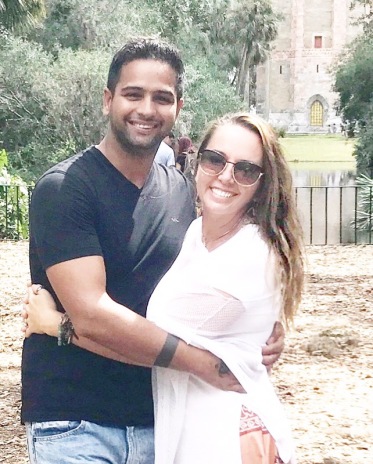 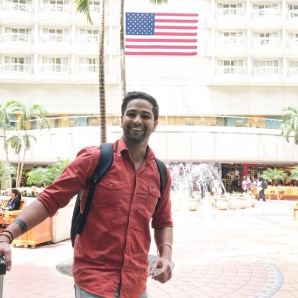 92 comments on “Your Boyfriend is From India?”

A Note From Abroad

“Twenty years from now you will be more disappointed by the things that you didn’t do than by the ones you did do. So throw off the bowlines. Sailaway from the safe harbor. Catch the trade winds in your sails. Explore. Dream. Discover.” ~ Mark Twain