In case you are not aware a large portion of people in India live their lives completely by astrology and endless other superstitions.

While we in the west may have dabbled a bit with daily horoscopes or even knowing a little about the personality traits of each sign; India takes this to a whole other level.

Lucky for Manny,  I’ve had an interest in astrology since I was little, so I am not completely foreign this ancient art-form. Although, I do have to say I feel as if I have been thrown into the big-leagues of chaos on this one.

After my new mother-in-law consulted her astrologer about our wedding, they determined there are only a few days in the near future which would be acceptable for us to be married.

None of those approved dates are possible for me due to school, money or time constraints.

The chances of the entire family agreeing on a wedding date in India is like winning the lottery. You know it’s possible, but… probably not.

If you have been keeping up with our story, we waited two years for an interview with the US embassy and were denied our visa.

Now, we want to get married in India and start the visa process all over again… another 18 months of waiting. For us, the sooner we get married the less wait we have to be together.

No… “The Stars” have the final say and that’s that!

At first I was going to India December 9th of this year, but his mother says it’s bad luck to be married if either the bride or groom have a birthday during same month as the wedding.

Aaannnnnd, I was born in December.

So then I chose New Years Day, Sikh people don’t drink so it’s not like everyone will be hungover. “What better day for new beginnings?” I thought.

But no… the stars say that we can’t get married until after the new moon in March of 2016.

Apparently there are only two weeks during the entire year of 2016 that would be completely acceptable for Manny and I to get married. In complete disbelief I did my own research, and this is what I found:

It’s “true” according to Indian astrology.

As you can see by the “parameters” set in this very scientific chart, it MUST be after a new moon, but before a full moon; Venus CAN NOT be in reverse OR in an “unlucky” sign… and for some reason, the entire month of May is just unacceptable.

This leaves us with one week in March and one week in September if we have any chance whatsoever for this marriage to succeed.

In trying to be considerate, I said “ok, my spring break is in March, I guess we can do that.” Mind you, that is a full six months from now; I wouldn’t have Manny here in the U.S. until October of 2017.

I want to be accommodating and culturally aware. I want to be kind and fit-in with my new family, but we have waited so long already.

Thirty-minutes after I agree to getting married in March, it was shot down because the Indian festival of Holi is in March… apparently the entire month is not ok for marriage either?

You see, I’m the one who will be to blame if this relationship fails. If I choose a date that suits my budget and time constraints then I’m going against thousands of years of tradition. I’m the one who comes from a culture where divorce is rampant.

I was beside myself.

Manny felt pressure coming from his family and also from me, when he finally said “Screw it, just come in December as we originally planned.”

I felt a sense of relief. “Ok, good. I can finally buy the plane tickets.”

But just when I was about to click “purchase” I was told that his cousin decided she was getting married on our original day… since we were not using it. 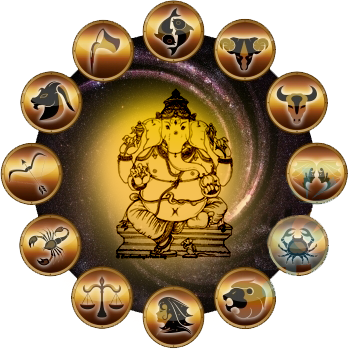 Read about when I met “My Indian Boyfriend “—>HERE

Open Letter to my Husband—> HERE

Culture Shock: What to Expect?-–> HERE

A Journey to:  New Delhi—> HERE

A Journey to:  Jaipur India —> HERE

A Journey to: Dubai UAE —> HERE

Being Sikh in America—> HERE

A Path to Happiness—> HERE

Buddhaful Advise: As We Think, So We Become —> HERE