Visiting a Sponsored Child – Cuajiniquilapa, Guererro, Mexico By Lisa Britt | May 13th, 2005 on “Boots n All”

World Vision is a children’s organization very similar to the Sally Struthers commercials of the 80’s where you can sponsor a child in need. Not wanting to be scammed, my best friend Doug decided we were going to meet the child we picked to sponsor.

You need not look much further than the sitcom “Will and Grace” to understand the dynamic between us. Having lived happily in Manhattan together for more than a decade… crazy, off-the-wall adventures were always right up our alley.

Our conquest began in Acapulco at the Princess Hotel.  Me, him, and…his mother? 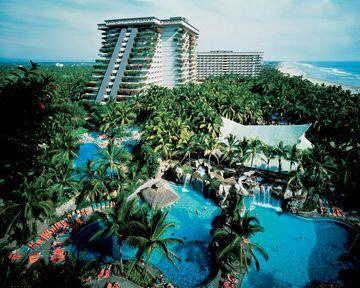 Doug’s mom was a wonderful Long Island housewife who would not walk on grass because “it’s dirty.” Needless to say, she was more than content to stay at the resort hotel on the beach, sipping margaritas but Doug had planned the adventure of a lifetime for us.

We had spent the day before our journey enjoying the Mexican beaches and were burnt to a crisp when the World Vision representative arrived for our excursion.

He explained that we will be driving 5 hours south towards the Guatemalan border in the back of a pickup truck, to a sleepy village called “Cuajiniquilapa.”

Trust me we couldn’t say it either… Cua-jini-qui-lapa.

Many people never experience the real Mexico; the exodus from Acapulco was quite the culture-shock for Doug’s mother. But, personally, I’ve never enjoyed fabricated resort towns; my heart-strings were pulling to get out into the campo where you leave behind the palm trees and manicured lawns.

We jumped into the back of the dusty red truck and headed south to meet our sponsor child, Alexis.  Doug picked a boy named Alexis because of his obsession with Dynasty in the 80’s. Maybe not THE BEST reason to pick a child to sponsor, but his heart was in the right place.

A very sick donkey swaying down the middle of the road was causing traffic on this bumpy, two-lane highway. Cars were honking; a truck even tried to push it to the side. On his last legs, no one seemed to care, as we continued on. Poor Mama, happy to be in the front seat, was regretting the day she agreed to come with us.

I just had to laugh, somehow.

The drive south was beautiful; the smell of burning wood and birds chirping in the trees was only enhancing my experience.  We passed through numerous small villages that were unlike anything I’ve ever seen before. Villagers would smile and wave at the gringos in the back of the truck like we were something of a mystery. Deep in thought, and very much at peace, I could almost hear music in my head and visions of some south western movie. 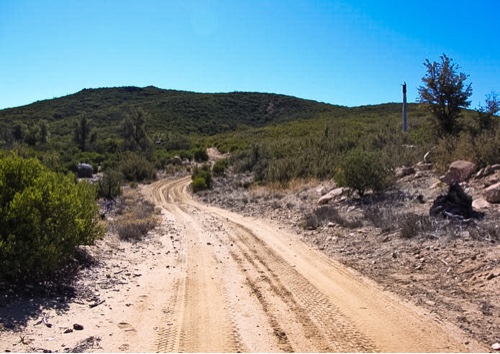 We stopped for breakfast in a village busier than others we had passed. There was an outdoor market and lots of children running around. One small child with the happiest smile asked in Spanish if I was from the U.S.  When I replied that I was, he asked if I knew his mother. Tears swelled in my eyes as I slowly realized he was grasping for any sign from his mom. She must have left him long ago to find work in the US, and this little boy thought I was sent there to give him a message from her.

I wondered how many of these children were without mothers or fathers; who was taking care of them? All I could do was hug him, but it was me who was feeling the need for the embrace.

Arriving in a village near Cuajiniquilapa, I assumed Alexis would be right around the bend. Being so far away from anything, this town felt quite normal. We were taken to a stadium-like soccer field near the town-center where a local newspaper did an interview of us.  We were the only people who have ever actually come to meet their sponsored children in this area, and to my surprise, the foundation was extremely excited about us being there.

Another man jumped in the back of our pickup, and we headed down a different dirt road… Mama was in the front, and Doug was dressed in his Sunday best ready to meet our Alexis!

Each dusty corner and bend we turned along this path, I thought we must be getting closer. This was not the case.

A few more hours into the blazing hot Mexican desert, with my sunburned nose now blistering, we seemed nowhere near Alexis.  We passed village after village, and I was astonished that people actually live this far out in the countryside.

Children wearing school uniforms laughed and made fun of the Gringos bouncing up and down in the truck-bed.

After leaving the last little village, we were confronted with a puddle which took up the entire span of the clay road. Our guide decided the best idea would be to go straight through the murky water, but his idea failed, and we found ourselves stuck.

I rolled up my pants and jumped right in to help the guide push; mud was flying everywhere.  Doug in a white button-down shirt, tried to cover all the presents which were neatly wrapped as if it were Christmas.

Mama was screaming from the front seat, and I was covered head to toe. I stopped to take a breath, and looked toward the road ahead at a herd of goats headed straight for us.

They surrounded the truck from both sides, and I sat down to take a break while hysterically laughing from this scene; “Will and Grace” moments like this, are the ones I enjoyed the most about living with Doug.

Passers by helped us move the truck, and went about our way.

I asked the guide how much further and he told me we had two choices;  a long way, and a short way. The shorter way involves walking through a river, but we would be there very fast. I envisioned Mama walking through this river and replied “Let’s do it!”

Loaded with gifts neatly wrapped but full of mud, we carried everything across a small river. I thoroughly enjoyed seeing his mother’s face, it may sound cruel to some, but I knew she would have an interesting story to tell her friends while playing Mahjong.

We walked up a hill into a wooded area where Doug got his first glimpse of Alexis eagerly standing there waiting for us. Wet from the river, Doug began excitedly running towards this kid with arms spread wide open yelling, “Alexis, Alexis.” The shy child had no choice but to run away from the muddy foreign man who was chasing him through the woods; Alexis ran all the way home and hid in the two-room family dwelling.

The family had gone to town to purchase coca cola, napkins, and straws for the coconuts. They correctly assumed their guests would not know how to sip directly from the coconut; thought it was best to make sure we had straws… but had given up hope that we would ever show-up. 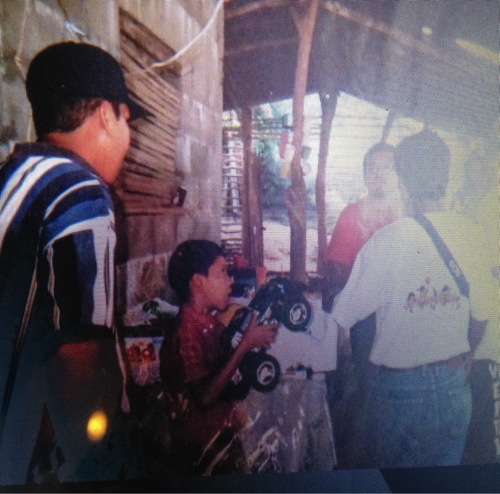 Since I was acting as the translator I made myself at home and asked if I could help the mother with dinner. They insisted we stay; as her husband chopped the head off their very best chicken and threw it into an aluminum pot of boiling water, which was set atop a fire in the kitchen area. Needless to say, Mama, Doug and I kind of lost our appetite… but tried to enjoy our “very fresh” chicken dinner.

Alexis and his family lived in a two room cement house. There were no doors or windows; it had a dirt floor. The kitchen was outside with a tin roof slightly covering it from the elements.

After dinner, I helped the mother do the dishes in a bucket of dirty water, and sat with the parents as Doug gave the kids their new toys.

Alexis brought his horse, and took me on a tour of this very small watermelon farming-village; I felt very at home here, and wanted to stay longer with this incredible family who will stay in my soul forever.

World Vision is a wonderful organization, and the children are VERY real! It means so much more when you get to hold them in your arms and know you made a difference; I urge you to not only sponsor a child, but go meet them. It will change you both… forever.

As usual, this is NOT a sponsored article. Please check out the World Vision webpage for more info @  WORLD VISION INTERNATIONAL