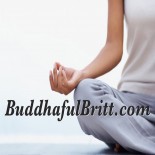 New York Will Always Be There 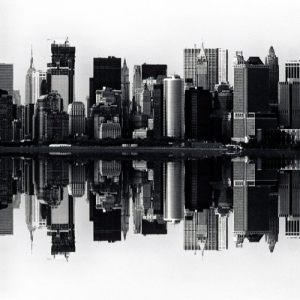 “New York will always be there” I was told.

A few years ago when I was leaving my island paradise I was given that advise from a dear friend trying to comfort me on the worst day of my life.

What was supposed to be a temporary hiatus away from my beloved city, has lingered on for more than five years.  There is a constant pulling at my heart because I let go of my one true love… New York City.

On that horrific day they had to drag me through the Lincoln tunnel kicking and screaming like a cat not wanting to take a bath. To my surprise though, I don’t mind as much anymore, time being the best detox… I suppose.

My life was just like one of those cheesy movies where the sassy city girl with a great job and lots of friends moves to the burbs; she doesn’t fit-in but then meets some simple nice-guy and never looks back.

Except I do look back… a lot.

My life experiences from living in New York City have not only jaded me, but made me intrinsically different than the non-city dwellers.  I have very few friends now, and I feel have nothing in common with the other moms in Indian Rocks Beach.

… and I don’t want to fit-in completely.

I desperately miss educating my mind by talking politics, and seeing foreign flicks at the Angelica. I miss being friends with people of all colors and nationalities. In Florida, I’m surrounded by white, middle class people with boring nine to five jobs. Don’t get me wrong they’re nice and all… but sometimes I crave more.

Recently, on the lengthy drive between New York and Florida along interstate I-95, I met a Pakistani man nick-named “Vegas” at a random convenience store.

He was given this unusual name somewhere in the middle of South Carolina by a hillbilly who claimed this foreign man must have struck it rich in Vegas to be so lucky as to end up along the long and desolate stretch of interstate.

Vegas had applied for a job at his store and eventually coerced his friend to let him rent out the place. After some time, the man sold the property to Vegas, which is why they think he is so lucky.

This would not be MY dream… but it is the quintessential American dream nonetheless.

I sat with Vegas way longer than anyone should during a quick stop to use his bathroom. I politely bought some snickers as compensation for his clean restroom facilities, when he engaged me in conversation.

He asked me where I was from and being a good citizen of the Big Apple I’m always obligated to reply “New York City.” See? Once earned the title of “New Yorker” can never be taken away, much like Doctor or Professor.

Vegas tells me that he used to live in Brooklyn. We agree about how dynamic living there can be but then he says something that I could not let go of….

“You live in New York for an adventure, to make money and to learn… but you only find yourself once you leave.”

My relationship with New York City lasted nearly two decades and I can absolutely claim to be more worldly, educated, and experienced because of it, but have I found myself since leaving?

Well… I’ve learned how to be broke.

This doesn’t sound like a positive, but really I think it is in many ways. When living in the city money always seemed plentiful. I had cash laying all over the place, took weekend trips to Europe and did not think twice about a $300. brunch.

I live off of student loans and twenty bucks makes me happy. Life is simpler now; I was like a caged animal when I first moved to Florida but you learn to slow down… if you want to or not.

Not only did I return to school, but I was accepted into a University with honors. Living far away from what I call civilization on an island outside of Tampa leaves you little to do, except find yourself. 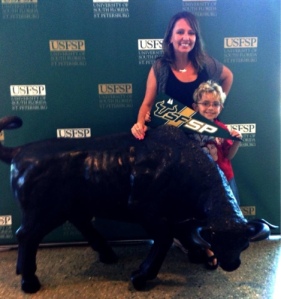 My focus is no longer on having fun, but it’s more about filling my soul.

Central park was my personal paradise; in my mind nothing could ever compare. But, when I went home this summer I felt myself longing for space. The playgrounds were too crowded, and the street fairs that used to make my day relaxing… have not changed one bit since 1990.

The Chelsea flea market was my weekend heaven, but once you leave the city the magic of paying $700 for a “shabby chic” chair looses its appeal.

Was Vegas the Pakistani immigrant correct?  Have I found myself?

I have fond memories of sitting home for days on end ordering food, wine and toilet paper to be delivered to my house; a novelty I thoroughly enjoyed more than most.

…But, I actually leave my house now.

I jog on the beach and I do Yoga at sunset. I drive around in my car and sing at the top of my lungs. My son rides his bike outside without taking a subway to the park and his Tae Kwon Do does not cost as much as the rent. I love my garden and my kid goes to an amazing Montessori school that we can afford.

Is this what finding yourself means?  Maybe it does? I really don’t know. 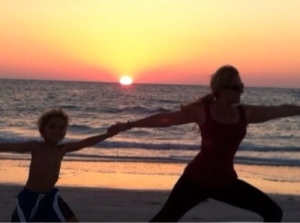 Before I left Manhattan I was added to the lottery of one of those 80/20 buildings; the Caledonia on the Highline. It was my dream to return to my city and live in a tiny studio with a view. I would have died to walk out of my apartment to be in the Meat Packing District, but now…?  I’m not sure what I would do if they pulled my number.

“New York will always be there” she said; maybe someday I’ll be ready to come home… but not yet.

2 comments on “New York Will Always Be There”

This entry was posted on October 30, 2014 by Britt in Buddhaful, Inspiratus and tagged find yourself, Highline, Leaving New York, New York.