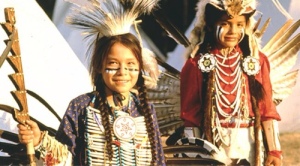 While attending a Pow Wow in Sarasota Florida, a beautiful Native American man named Niles Aseret suggested a national holiday for the Native American people of the United States… the crowd stood and cheered.

I was so struck by this simple idea and in disbelief that this was not already a reality.

My eight year old son Cairo and I decided to help his people in any way to accomplish this wonderful idea, especially since my son and I have native ancestry… like so many of us do.

After doing some research, I found that only California and South Dakota have created holidays recognizing the value of such a day.

There have been many proposals in the works;  a rather large one through the Cherokee Nation with all their attorneys and power, yet none have achieved a true national holiday.

Mr. Niles Aseret had gone on to speak about the wonderful things that the Navajo had done during WWII with breaking codes which enabled us to ultimately win that battle. By doing so, we can still fly our own red white and blue flag high and proud. 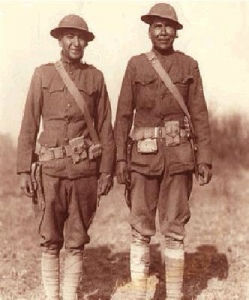 This would be a day of remembrance for all the Native American lives lost in the name of fighting FOR the United States of America.

If you have ever been to a proper Pow Wow, you would know that Native American people rank among the most proud of veterans.

This would be a day of education, and celebration.

It is vitally important to keep the traditions and culture alive; to pass it down through the generations… before it is lost forever.

Our Native American brothers and sisters have a deep respect for our natural resources and have contributed to medicines, art, inventions, agriculture and countless other areas.

It is imperative that we teach all American children the importance of this culture, by first showing an example that the loyalty of Native Americans have not gone in vain.

A national holiday would enable us as a country to honor and celebrate all that Native Americans have done for this great country.

This one day would not be intended to dwell on the negative of the genocide that occurred in the creation of the United States… but celebrate the positive by finally giving the native people of the United States of America some recognition and dignity.

A day of their own to feel proud of their heritage.

They deserve a day in which the entire United States celebrates WITH them in unison and gratitude.

A day where we can all dance, feast and sing together; celebrating who they are with the entire United States as one family.

A recognition they deserve, don’t you agree?

Thank you to Mr. and Mrs. Niles Aseret of Murfreesboro Tennessee and countless others for your passion to make this a reality.

WE THE PEOPLE can help by creating a petition large enough for Mr. Aseret or his representatives to bring to Washington with our signatures screaming loudly that all of us as one nation WANT to celebrate this day with our Native American brothers and sisters as a show of love and respect.

Please share this with as many people as you can, we need to get the word out.

6 comments on “Our People Deserve A Native American Holiday”

Why people hate the truths of the world.